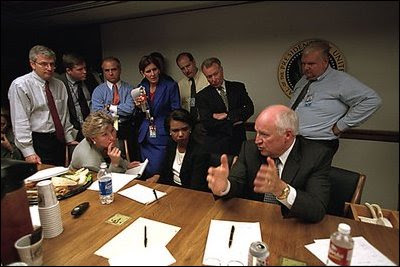 An article in the Washington Post reveals new details of Vice President Dick Cheney's immediate response to the 9/11 attacks:

In a bunker beneath the East Wing of the White House, Cheney locked his eyes on CNN, chin resting on interlaced fingers. He was about to watch, in real time, as thousands were killed on Sept. 11, 2001.

Previous accounts have described Cheney's adrenaline-charged evacuation to the Presidential Emergency Operations Center that morning, a Secret Service agent on each arm. They have not detailed his reaction, 22 minutes later, when the south tower of the World Trade Center collapsed.

"There was a groan in the room that I won't forget, ever," one witness said. "It seemed like one groan from everyone" -- among them Rice; her deputy, Stephen J. Hadley; economic adviser Lawrence B. Lindsey; counselor Matalin; Cheney's chief of staff, Libby; and the vice president's wife.

Cheney made no sound. "I remember turning my head and looking at the vice president, and his expression never changed," said the witness, reading from a notebook of observations written that day. Cheney closed his eyes against the image for one long, slow blink.

Three people who were present, not all of them admirers, said they saw no sign then or later of the profound psychological transformation that has often been imputed to Cheney. What they saw, they said, was extraordinary self-containment and a rapid shift of focus to the machinery of power. While others assessed casualties and the work of "first responders," Cheney began planning for a conflict that would call upon lawyers as often as soldiers and spies.

Furthermore, already that morning, Cheney was consulting his lawyer to arrange extraordinary presidential powers in response to the attacks:

In expanding presidential power, Cheney's foremost agent was David S. Addington, his formidable general counsel and legal adviser of many years. On the morning of Sept. 11, Addington was evacuated from the Eisenhower Executive Office Building next to the White House and began to make his way toward his Virginia home on foot. As he neared the Arlington Memorial Bridge, someone in the White House reached him with a message: Turn around. The vice president needs you.

Down in the bunker, according to a colleague with firsthand knowledge, Cheney and Addington began contemplating the founding question of the legal revolution to come: What extraordinary powers will the president need for his response?

Thus formed the core legal team that Cheney oversaw, directly and indirectly, after the terrorist attacks.

Does anyone else find Cheney's response to the attacks, described here, rather sinister and suspicious?

Posted by Shoestring at 06:48 No comments: 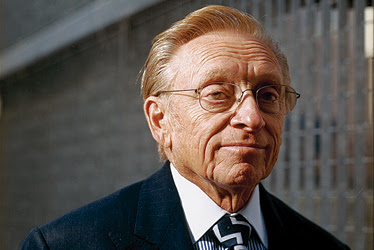 It is well known that World Trade Center leaseholder Larry Silverstein has tried to claim the 9/11 attacks against New York constituted two separate events, thus entitling him to a double insurance payout. But a new entry in the Complete 9/11 Timeline reveals something less well known: Silverstein was already thinking about how to get this double payout on the evening of 9/11 itself:

September 12, 2001: WTC Leaseholder Already Wants to Claim Double Insurance for Attacks and Rebuild
Developer Larry Silverstein, who recently took over the lease of the World Trade Center (see July 24, 2001), later tells journalist Steven Brill that he’d been so sickened by the destruction on 9/11, and by the deaths of four of his employees in the WTC, that he did not focus on insurance or financial matters until “perhaps two weeks later.” But according to two people who call him this morning to offer their sympathy, Silverstein soon changes the subject: “He had talked to his lawyers… and he had a clear legal strategy mapped out. They were going to prove, Silverstein told one of the callers, that the way his insurance policies were written the two planes crashing into the two towers had been two different ‘occurrences,’ not part of the same event. That would give him more than $7 billion to rebuild, instead of the $3.55 billion that his insurance policy said was the maximum for one ‘occurrence.’ And rebuild was just what he was going to do, he vowed.” By mid-morning, he calls his architect David Childs, and instructs him to start sketching out a plan for a new building. He tells Childs to plan to build the exact same area of office space as has been destroyed. In fact, Silverstein’s lawyers claim the developer had been on the phone to them on the evening of 9/11, wondering “whether his insurance policies could be read in a way that would construe the attacks as two separate, insurable incidents rather than one.” [Brill, 2003, pp. 18-19 and 39-40; Real Deal, 1/2004] Yet Jerome Hauer, the former director of New York’s Office of Emergency Management, had gone to Silverstein’s office on 9/11, and later claims that Silverstein’s primary concern that day had been his employees, and whether they had gotten out of the WTC. “Larry was absolutely devastated,” he says. [Weiss, 2003, pp. 374] Following a lengthy legal dispute, Silverstein will eventually receive $4.55 billion in insurance payouts for the destruction of the WTC (see May 23, 2007). [New York Post, 5/24/2007]
Source: http://www.cooperativeresearch.org/context.jsp?item=a091201doubleinsurance&scale=0
Posted by Shoestring at 12:54 No comments:

Cheney, Rumsfeld, and the Secret Government 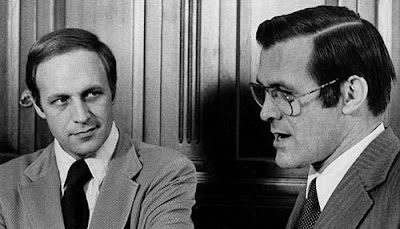 Check out the following two recently added entries from the Complete 9/11 Timeline. These indicate how, prior to 9/11, Dick Cheney and Donald Rumsfeld were part of a "secret government." As author James Mann says: "Cheney and Rumsfeld were, in a sense, a part of the permanent, though hidden, national security apparatus of the United States."

1981-1992: Cheney and Rumsfeld Practice Secret Continuity of Government Plan, Later Activated on 9/11
Throughout the 1980s, Dick Cheney and Donald Rumsfeld are key players in one of the most highly classified programs of the Reagan administration. Presently, Cheney is working as a Republican congressman, while Rumsfeld is head of the pharmaceutical company G. D. Searle. At least once per year, they both leave their day jobs for periods of three or four days. They head to Andrews Air Force Base, near Washington, DC, and along with 40 to 60 federal officials and one member of the Reagan Cabinet are taken to a remote location within the US, such as an underground bunker. While they are gone, none of their work colleagues, or even their wives, knows where they are. They are participating in detailed planning exercises for keeping government running during and after a nuclear war with the Soviet Union. This highly secret "continuity of government" (COG) program is known as Project 908. The idea is that if the US were under a nuclear attack, three teams would be sent from Washington to separate locations around the US to prepare to take leadership of the country. If somehow one team was located and hit with a nuclear weapon, the second or third team could take its place. Each of the three teams includes representatives from the State Department, Defense Department, CIA, and various domestic-policy agencies. The program is run by a new government agency called the National Program Office. Based in the Washington area, it has a budget of hundreds of million dollars a year, which grows to $1 billion per year by the end of Reagan's first term in office. Within the National Security Council, the "action officer" involved in the COG program is Oliver North, who is a key figure in the mid-1980s Iran-Contra scandal. Reagan's Vice President George H. W. Bush also supervises some of the program's efforts. As well as Cheney and Rumsfeld, other known figures involved in the COG exercises include Kenneth Duberstein, who serves for a time as President Reagan's chief of staff, and future CIA Director James Woolsey. The program, though, is extraconstitutional, as it establishes a process for designating a new US president that is nowhere authorized in the US Constitution or federal law. After George H. W. Bush is elected president in 1988 and the effective end of the Soviet Union in 1989, the exercises continue. They will go on after Bill Clinton is elected president, but will then be based around the threat posed by terrorists, rather than the Soviet Union (see (1992-2000)). According to journalist James Mann, the participation of Rumsfeld and Cheney in these exercises demonstrates a broader truth about them: "Over three decades, from the Ford administration onward, even when they were out of the executive branch of government, they were never too far away; they stayed in touch with its defense, military, and intelligence officials and were regularly called upon by those officials. Cheney and Rumsfeld were, in a sense, a part of the permanent, though hidden, national security apparatus of the United States." [Mann, 2004, pp. 138-145; Atlantic Monthly, 3/2004; Cockburn, 2007, pp. 85] The plan they rehearse for in the COG exercises will be activated, supposedly for the first time, in the hours during and after the 9/11 attacks (see (Between 9:45-9:55 a.m.) September 11, 2001). [Washington Post, 3/1/2002] Mann subsequently comments, "The program is of particular interest today because it helps to explain the thinking and behavior of the second Bush Administration in the hours, days, and months after the terrorist attacks on September 11, 2001." [Atlantic Monthly, 3/2004]
Source: http://www.cooperativeresearch.org/context.jsp?item=a81cogexercises&scale=0

(1992-2000): Secret Continuity of Government Exercises Prepare for Terrorist Threat
During the 1980s, Dick Cheney and Donald Rumsfeld were regular participants in top-secret exercises, designed to test a program called continuity of government (COG) that would keep the federal government functioning during and after a nuclear war with the Soviet Union (see 1981-1992). Despite the fall of the Berlin Wall and the collapse of the Soviet Union, the COG exercises continue into the 1990s, being budgeted still at over $200 million per year. Now, terrorists replace the Soviet Union as the imagined threat. The terrorism envisaged is almost always state-sponsored, with the imagined terrorists acting on behalf of a government. According to journalist James Mann, the COG exercises are abandoned fairly early in the Clinton era, as the scenario is considered farfetched and outdated. However another journalist, Andrew Cockburn, suggests they continue for longer. He adds that, while the "shadow government" created in the exercises had previously been drawn from across the political spectrum, now the players are almost exclusively Republican hawks. A former Pentagon official with direct knowledge of the program will later say, "It was one way for these people to stay in touch. They'd meet, do the exercise, but also sit around and castigate the Clinton administration in the most extreme way. You could say this was a secret government-in-waiting. The Clinton administration was extraordinarily inattentive, [they had] no idea what was going on." [Atlantic Monthly, 3/2004; Cockburn, 2007, pp. 88] The continuity of government plan will be activated, supposedly for the first time, in the hours during and after the 9/11 attacks (see (Between 9:45-9:55 a.m.) September 11, 2001). [Washington Post, 3/1/2002]
Source: http://www.cooperativeresearch.org/context.jsp?item=a92cogcontinues&scale=0

Posted by Shoestring at 05:19 No comments: