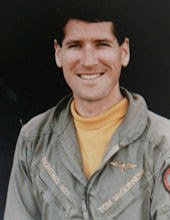 Thomas McGuinness, the co-pilot of American Airlines Flight 11 before it became the first plane to be hijacked in the 9/11 attacks, only assigned himself to be on the flight the afternoon before September 11, 2001, and pushed from it the original co-pilot, who had put his name down for the flight less than half an hour earlier. This new information means that, curiously, half of the pilots and co-pilots originally at the controls of the four aircraft involved in the attacks are now known to have been assigned to the doomed flights at the last minute, very shortly before September 11. Additionally, more than half of the flight attendants and many of the passengers are known to have, similarly, not originally been booked onto those flights.

The details of McGuinness's late assignment to Flight 11 were revealed recently by Steve Scheibner, who was originally going to be the plane's co-pilot. In a short film released on the Internet just before the 10th anniversary of 9/11, Scheibner described how McGuinness came to replace him on Flight 11 and thereby saved his life.

FLIGHT 11 HAD 'NO PILOT ASSIGNED TO IT YET'
At the time of the 9/11 attacks, Scheibner was a fundamentalist Baptist pastor and a commander in the Naval Reserves, but he also worked part-time as an on-call pilot for American Airlines. [1] He had been available to fly on September 11. "So at about three o'clock in the afternoon of September 10," Scheibner recalled, "I sat down at the computer and I logged in like I normally do, to check to see if there was any unassigned flying for the next day. And sure enough there was one trip that was available on September 11. It was American Airlines Flight 11 out of Boston's Logan Airport to Los Angeles." Scheibner looked at the flight and could see that "there was no pilot assigned to it yet."

Scheibner checked if there were any reserve pilots available to take the flight. But, he said, "It just so happened [that] on September 11, 2001, there was only one guy available to go flying on that day and that was me." He therefore put his name down for Flight 11. He told his wife he would be flying the following day and packed his bags ready for the trip.

Once a particular pilot signed up for a flight, as Scheibner had done, there would follow a "30-minute window of opportunity" during which, if another pilot wanted to take their place, it would be possible for that pilot to push them from the flight. But at the end of that 30-minute period, Scheibner said, the "final assignment" of the pilot to the flight would be made when someone from American Airlines called them and said, "Hey, we wanna let you know you've been assigned a trip." "Once you have that phone conversation," Scheibner said, "even if a line pilot wants to, they can't bump you off that trip." However, on September 10, Scheibner recalled, "I waited for the phone call and the phone never rang." Later on, during the evening, Scheibner had concluded, "You know, they never assigned that trip to me."

ORIGINAL CO-PILOT PUSHED FROM FLIGHT 11
What happened, according to Scheibner, was that in the minutes after he signed up for Flight 11, Thomas McGuinness pushed him from the flight. McGuinness was one of American Airlines' "line holding pilots" who was a "little bit senior" to Scheibner. Scheibner said that, unknown to him, at "about three o'clock in the afternoon" of September 10, McGuinness "went over to the computer and he logged in, and he looked and he saw that [Flight 11] was open, but my name had been penciled in." Since McGuinness was "still in that 30-minute window of opportunity," he called American Airlines and asked: "Am I legal to take this trip? In other words, can I bump Scheibner off that trip?" American Airlines replied, "Yep, you're legal for that trip, but you gotta give us a call back in the next 20 minutes, or else we're gonna finalize the assignment."

Having decided to take the flight, McGuinness called the airline again and said, "Yeah, I'll take that trip." At that moment, Scheibner said, American Airlines "erased my name off the trip [and] they assigned it to Tom [McGuinness]." As a result, McGuinness was the co-pilot of Flight 11 when it took off from Boston the following morning and became a victim of the 9/11 attacks, while Scheibner's life was spared. [2]

For one pilot to take another's place, as McGuinness did, is a rare event. Scheibner recently noted, "I can count three times in 20 years at American Airlines that I've been bumped from a trip the night before." [3]

On September 11, although Scheibner knew about the terrorist attacks, it did not initially click that one of the planes that crashed into the World Trade Center had been the flight he'd signed up for the day before. He only realized this fact that evening. He had been thinking, "I wonder who was on that flight?" and so went on his computer and logged in with American Airlines. He recalled: "I logged in and when the screen came up in front of me, it looked exactly like it did the day before when it had that trip and it had my name penciled in. Except this time it had this trip sequence, my name wasn't there, and it said these three words: 'Sequence. Failed. Continuity.'" These words are the code the airline uses to say, "The trip never made it to its destination." [4]

THREE OTHER 9/11 PILOTS REPLACED ORIGINAL PILOTS AT LAST MINUTE
While Scheibner's account is remarkable, it is not unique. Several other pilots are known to have similarly narrowly avoided becoming victims of the 9/11 attacks. As well as Thomas McGuinness, at least three more of the eight pilots initially at the controls of the four aircraft involved in the attacks were only assigned to those flights very shortly before September 11.

John Ogonowski, the pilot of Flight 11, was not originally supposed to be on that flight. The original pilot had been Walter Sorenson. But Sorenson was replaced by Ogonowski, who, according to the Georgetown Record, had seniority over him "and requested to fly that day." Sorenson's life was therefore spared by the "last-minute change of pilots." [5]

Either the pilot or the co-pilot of American Airlines Flight 77, which reportedly crashed into the Pentagon, was not originally scheduled to be on that flight. But, the New York Times reported: "Bill Cheng, an American Airlines pilot who normally flies Flight 77, changed his plans in late August and applied for time off on [September 11] so he could go camping. When another pilot signed up for the slot, Mr. Cheng's application was accepted." Whether Cheng was replaced by Captain Charles Burlingame or by First Officer David Charlebois was unstated. [6]

And Jason Dahl, the pilot of United Airlines Flight 93, which crashed in rural Pennsylvania, was not originally supposed to be on the doomed flight. But he reportedly wanted to put in extra hours so he could take time off for his wedding anniversary on September 14. [7] Therefore, "At his request, [his wife] Sandy Dahl traded for the flight on their home computer." Days after the request, Dahl "would pilot Flight 93 to San Francisco, having traded a trip later in the month for this one," journalist and author Jere Longman wrote. [8]

MANY FLIGHT ATTENDANTS AND PASSENGERS ONLY BOOKED ONTO 9/11 FLIGHTS AT LAST MINUTE
What is more, over half of the flight attendants--13 out of a total of 25--were not originally scheduled to be on the four targeted aircraft, and many of the passengers--including almost half of those on Flight 93--were not originally booked to be on those flights. [9]

Furthermore, these statistics are based only on information that has been reported to the public. It is quite possible that others of the pilots originally at the controls of the aircraft involved in the 9/11 attacks were only assigned to the flights at the last minute, and took the place of another pilot. Similarly, there could have been additional passengers and flight attendants who were only booked onto the four flights at the last minute, but this fact has not yet been reported. Certainly, further investigation is needed to look into this possibility. The fact that Thomas McGuinness was only revealed to have been a last-minute replacement for the original co-pilot of Flight 11 in August 2011 shows that important new information about 9/11 can surface even now, more than 10 years after the attacks.

What, though, is the reason for the bizarre and inexplicable finding that so many crew members and passengers on Flights 11, 175, 77, and 93 on September 11 were not originally supposed to be on those flights? An unrestrained new investigation of 9/11 needs to examine this matter thoroughly. The official account of 9/11 cannot explain this oddity. The answers investigators find could therefore fundamentally change our understanding of what exactly happened during the terrorist attacks.

What if the pilots and crew were informed of a drill.
They took the plane to a designated location, the plane was swapped with a drone and landed.
The phone calls were scripted and the people were given new identities at least for some others were killed.
The remains given back to victims family showed very little damage but the actual person was found only in
timy pieces or not found at all does not make any sense. Flight 93 was tracked by ACARS transmissions and the phone calls were
traced to a radio transmitter near Champaign IL at 10:10 am 6 minutes after the crash and 500 miles away.
Also two phone calls continued after the flight with no crash sound at 10:03 just a wind sound.
You should read Hijacking America’s Mind on 9/11 by Davidsson.

Of 300 American Airlines planes which flew scheduled flights on 9/11 all had identification numbers ending in “1” (e.g., N5BPA1) except for two, and all had flown the previous day, Sept. 10th, except for two. The two exceptions were the two American Airlines planes which were hijacked. In fact, Sept. 11th was the first time all four of the hijacked planes had flown in nine months or more. Did the 911 Commission investigate these anomalies? (see https://kiaskblog.wordpress.com/2021/09/09/9-11-planned-demolition-of-the-truth/)