The Stratcom Stand Down on 9/11 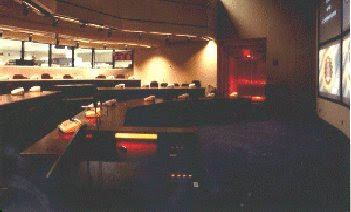 It has been established that at the time the 9/11 attacks began, the United States Strategic Command (Stratcom) was in the middle of a major annual training exercise called Global Guardian. Stratcom is responsible for the readiness of America's nuclear forces, and the exercise aimed to test its ability to fight a nuclear war, being described as "one of many practice Armageddons" that the U.S. military routinely conducts. [1]

Questions arise over whether this exercise impeded the military--particularly the staff at Offutt Air Force Base near Omaha, Nebraska, where Stratcom is headquartered--in its ability to respond to the crisis. Global Guardian was not canceled until after 9:03, when the second WTC tower was hit. [2] In fact, some accounts suggest it did not end until after 9:37, when the Pentagon was struck. [3] So could military personnel have mistaken reports of the real attacks for part of the exercise? And might vital resources that could have helped stop the attacks have been unavailable, being used instead for the exercise?

Other evidence indicates that Stratcom may have been further hindered that morning. Perversely, this obstruction came in the form of preparations for a charity fundraiser event.

THE OMAHA CLASSIC
September 11, 2001 happened to be the day that multibillionaire Warren Buffet was scheduled to host his annual golf and tennis charity event, the Omaha Classic. [4] As the Omaha World-Herald reported: "The attacks on that Tuesday morning occurred as a tour group was preparing to visit Stratcom's underground command center," which is located below Offutt Air Force Base. The tour group was "in town for the ninth annual Buffett Classic golf tournament," which "attracts high-powered business and news media people from around the country." The group was scheduled to tour the command center and receive an unclassified mission briefing. [5]

Therefore, before the attacks in New York occurred, "Staff members had left the command center in anticipation of the tour group's visit." Furthermore, "Some of the visitors already were at Stratcom, having breakfast with then-commander in chief Adm. Richard Mies." It was only after 9:03 a.m., when the second World Trade Center tower was hit, that "Mies had to excuse himself from the group." And it was only after the visitors' "tour was canceled" that "the battle staff reconvened in the [command] center." [6] In other words, at the one time when the Stratcom battle staff was most urgently needed, they had just cleared out of their command center. And when the Stratcom commander in chief was needed to defend his country, he was instead having breakfast with a group of VIPs.

THE UNDERGROUND COMMAND CENTER
Although it is unclear what effect the absence of Mies and the members of the battle staff had upon Stratcom's ability to respond effectively to the 9/11 attacks, the underground command center where they should have been had significant capabilities that could, presumably, have been of much use. The command center is a large, theater-like bunker, 60 feet below Offutt, with sophisticated communications systems. The Lincoln Journal Star described it as "a military nerve center that collects and assesses information from high-tech 'eyes and ears' across--and above--the globe." [7] According to Stratcom's website, the senior controller in the command center had "a direct line to the National Military Command Center in Washington, DC, and to the other major command headquarters." This system of communication, called the Joint Chiefs of Staff Alerting Network, gave the commander in chief of Stratcom (i.e. Admiral Mies) the ability to make "prompt contact with the president, the secretary of defense, the chairman of the Joint Chiefs of Staff, and other unified commanders." Furthermore, "Through satellites and radio networks (VLF, LF, UHF and HF), the command center can communicate with aircraft in flight over any part of the world. A principal purpose of these networks is to pass National Command Authority [i.e. the president and secretary of defense] orders to the alert forces." Although only the U.S. president can order nuclear strikes, the commander in chief of Stratcom "can launch aircraft for survival." [8]

The command center had eight massive video screens on the wall. After Richard Mies finally returned from his breakfast, these were "loaded up with data" that provided him with "the latest information on the unfolding drama." [9] Later in the day, at around 2:50 p.m., President Bush arrived at Offutt. At that time, the battle staff in the Stratcom command center was reportedly "watching the skies over the United States," and "tracking a commercial airliner" that was suspected of having been hijacked, "on its way from Spain to the United States." [10] We can gather, therefore, that the center's capabilities ought to have been of much use earlier on, when the attacks began. Yet, at that time, the command center had apparently been vacated.

At present, we have few hard answers, but many questions. Did all the command center's personnel leave it in advance of the visitors' tour, or just some of them? At what time exactly were they back in the center and able to effectively resume their duties? What effect did Richard Mies' absence have? Precisely what capabilities did Stratcom possess that might have been useful in responding to the kind of attacks that occurred on 9/11? The 9/11 Commission appears not to have investigated any of these crucial questions. Yet while we have few answers, one thing is already clear: This all looks highly suspicious.